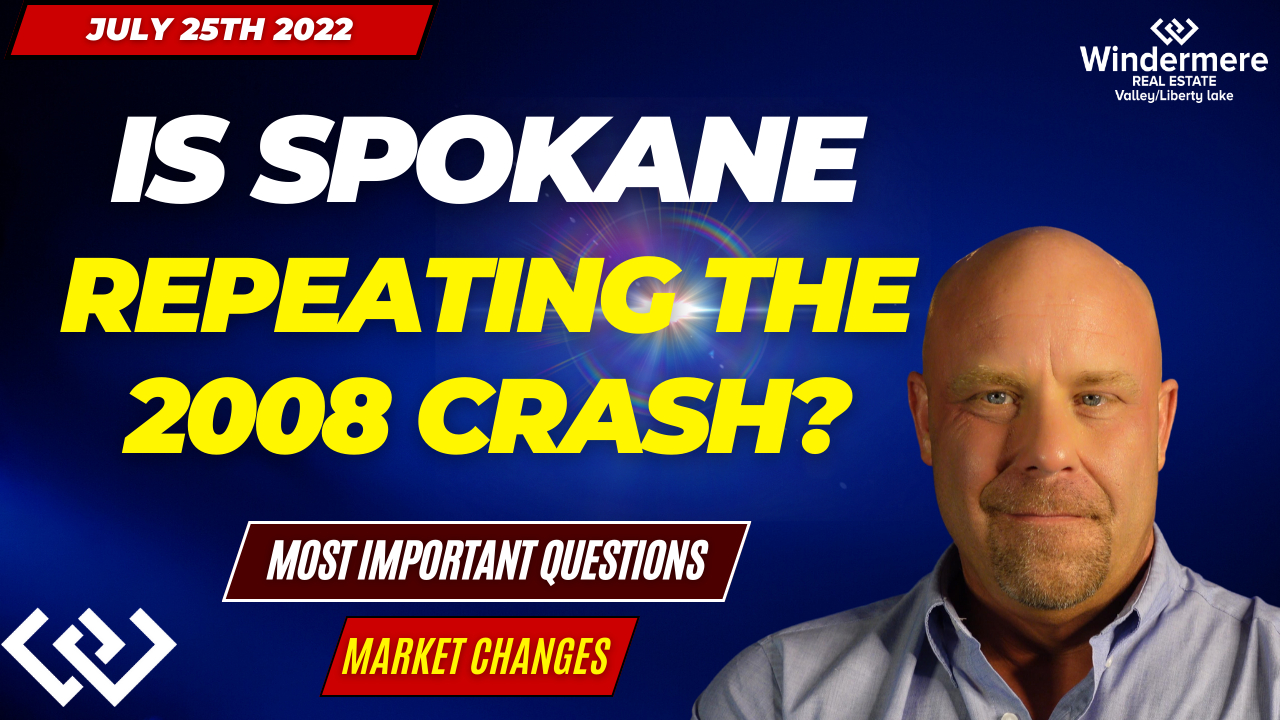 In my weekly video on Spokane real estate, I typically go over the current market stats and how the market is changing. This week, I decided to do something a little different. I received a comment asking me to compare the current state of Spokane real estate to what it was like before the crash in 2007-2008 during the global financial crisis. Many people have been comparing the two situations, with some saying that the circumstances are different now and we won’t see the same result, while others believe that the current market is a bubble and a crash is imminent.

To answer this question, I dug into the numbers and did a comparison of July 2007 to July 2022. One thing to note is that in the summer of 2007, the market had already started to drop in price, while we are currently starting to level off. However, I still wanted to do a comparison of apples to apples, so I looked at the data for both periods.

In conclusion, while there are some similarities between the current state of Spokane real estate and what it was like before the crash in 2007-2008, there are also significant differences. The main difference is the low inventory and high demand we are currently experiencing, which is driving prices up. Mortgage rates are also much lower now, which is a positive factor for buyers. It’s important to keep in mind that every market is unique and it’s difficult to predict what will happen in the future. If you have any questions about real estate, feel free to give me a call or reach out to me via email or text.